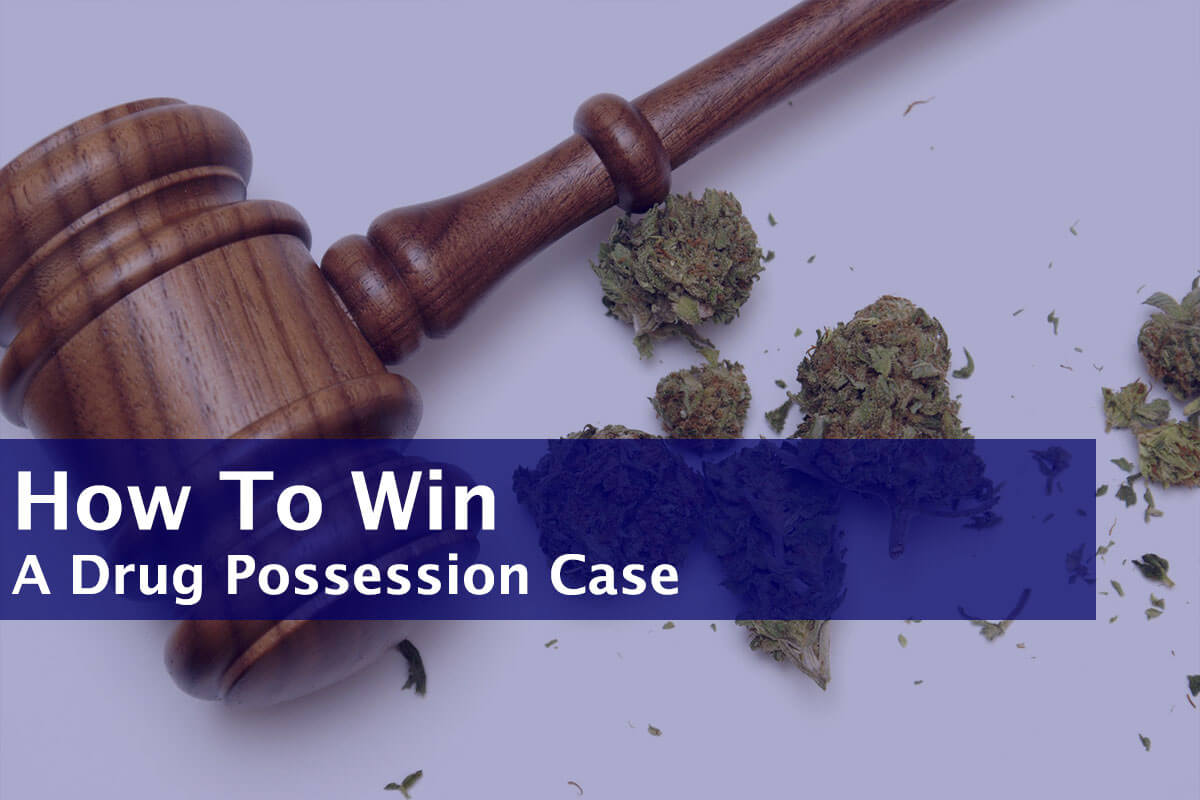 A felony drug charge is a nightmare come true — a serious offense that can have long-term consequences. As much as you might want to pull the covers over your head and pretend it’s just a bad dream, you need to take action right away to prevent these charges from negatively impacting the rest of your life.

Your first step is to hire a reputable drug possession attorney who specializes in fighting felony drug charges. Do this as soon as possible — you want to give your lawyer the maximum amount of time to start planning your defense.

While we often hear stories about how slowly the criminal justice system moves, in actuality, your case could be scheduled and heard very quickly once you are indicted. Your lawyer should already be hard at work preparing your defense strategy.

Ideally, you should hire an attorney as soon as you post bail — don’t wait until you’re indicted, or you’ll lose precious planning time.

When facing a drug felony charge, there are multiple avenues of defense open to you. The prosecution has to prove every element of their case against you beyond a reasonable doubt. Your attorney can argue that they have failed to successfully or adequately prove any of the required elements.

For example, your attorney might argue that the search conducted by the arresting officer was illegal, that there wasn’t reasonable suspicion to search your vehicle or person. In this case, your Fourth Amendment rights were violated and any evidence discovered during the illegal search cannot be used to prosecute you.

If any procedural error took place during your arrest — for example if you weren’t properly Mirandized or were denied the right to an attorney — your case can be thrown out.

It can also be dismissed if the prosecution doesn’t adhere to specific timelines prior to and during your trial.

Another tactic your attorney may use to get your drug possession charges dropped is to argue that there is not sufficient proof the substance found in your possession is actually an illegal drug.

Usually, the substance is confiscated and sent to a lab for testing. It is possible that the testing equipment could malfunction or that the sample could be lost, mislabeled, or destroyed at some point in the process.

While this isn’t a frequent occurrence, it does happen. If it happens to you, your attorney can capitalize on the fact that opposing counsel cannot prove the substance you were caught with was an illegal drug.

Beyond a Reasonable Doubt

One of the elements the prosecution must prove is that you intentionally and knowingly possessed illegal drugs. This is tricky to prove, and your attorney knows it.

Even if an illegal substance was found in your vehicle, does that actually prove you knew it was there? Think about it: if you went out and looked through your car right now, how many items might catch you by surprise? You’ll find everything from the trash you thought you threw away to total “where did that come from” objects.

If you drive friends or family around on any kind of regular basis, there’s no telling what they might have accidentally dropped or intentionally left behind. A small packet of nondescript, odorless powder can easily be overlooked for months before it is discovered. How can you possibly say where it came from?

If your attorney can successfully argue that you did not know the drugs were there or that they actually belong to someone else, your case is over.

Remember, the burden of proof is on the prosecution. If there is reasonable doubt that you’re guilty, you cannot be convicted.

If you’re currently facing a felony drug charge, it may feel like you’re living in a nightmare, but you don’t have to go through it alone.

Contact a drug possession attorney as soon as possible, and get someone on your side, helping you fight the charge and avoid a conviction.